Home » Who We Are » Our Living History

Our Living History – Book About Edmonton History
A Story of Determination

When the Hudson’s Bay Company set up the Edmonton Fort in 1795, it served as a major trading post. Located at the junction of the North Saskatchewan and Sturgeon Rivers, the Fort Edmonton was selected as the district headquarters for the North Saskatchewan region and, under the leadership of Chief Factor John Rowand, became one of the largest and most important posts in what would become Alberta.

After suffering damage from floods in 1825 and 1830, it was apparent the Fort needed to be moved to higher ground. In 1830, the post was relocated to where the Alberta Legislature now stands. In 1915, the original Fort was taken down and for the next five decades, passionate citizens worked diligently to reconstruct Fort Edmonton and create a living history museum.

In 1966, the Rotary Club of Edmonton announced the “promotion of a Fort Edmonton Park as a Golden Anniversary project including the restoration of the whole or part of Fort Edmonton.” In 1969, the Fort Edmonton Historical Foundation was formed to bring this vision to life.

For the past 50 years, the Fort Edmonton Foundation has played an integral role by providing the financial resources to build the park and fund projects and programs. These 50 years have been captured in a keepsake, limited edition hardcover book, Our Living History.

Take a journey through Edmonton history and the dream-to-reality of Fort Edmonton Park. Learn about the original Fort Edmonton, its dismantling and the purpose of the Fort Edmonton Foundation to restore, preserve and share history. 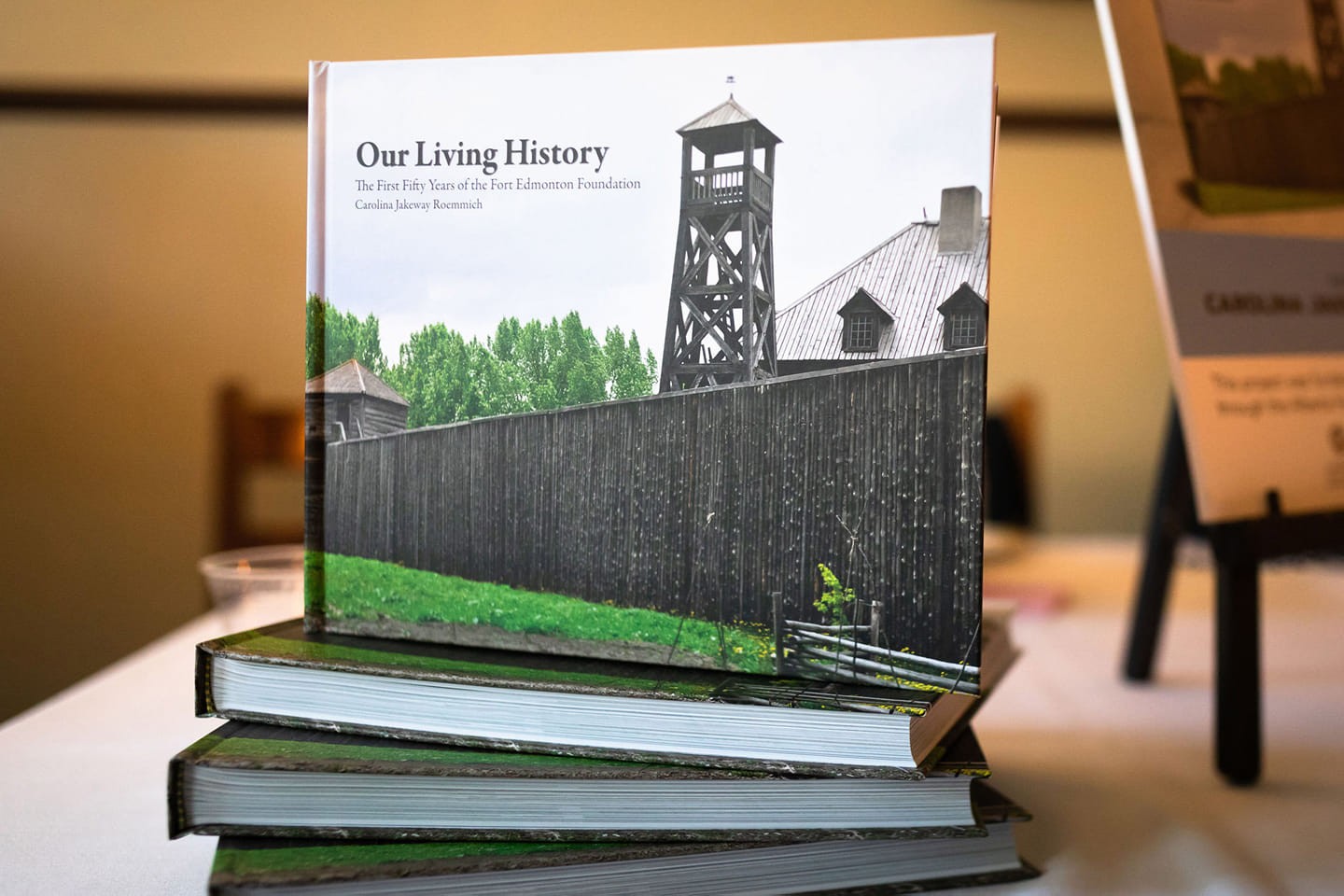 Author, Carolina Jakeway Roemmich, has eloquently documented the historic achievements of Edmontonians who have come together to build and maintain Fort Edmonton Park. This is a story of legacy, passion, and commitment to the preservation of something deeply important – Our Living History. You will find 335 pages filled with rich interviews and captivating images gorgeously displayed by designer, Cassie Peters.

Our Living History: The First 50 Years of the Fort Edmonton Foundation
$50 + gst

Get Your Copy Today!

You can also purchase your copy from any of the following locations:

Fort Edmonton Foundation
We will arrange delivery (free in Edmonton) or curbside pick-up at Fort Edmonton Park.
Email us
Phone: 780-496-6977

Carolina Jakeway Roemmich is a local historian who has endeavoured to spark interest in the past for almost two decades. Lead researcher for the award-winning book Edmonton In Our Own Words authored by Linda Goyette, Roemmich continues to explore, champion, and honour the stories unearthed by questions such as “I wonder what it used to be like?” and “ How did people live back then?” and “Why does that matter?”

A special thank you to all the people involved in making this book come to fruition.

Countless hours of dedication were given by gathering information, listening and recording interviews, reviewing and editing. Please read the Forward by Tim Spelliscy for the extensive list of all involved. It truly is a community collaboration. The Fort Edmonton Foundation gratefully acknowledges the generous financial assistance of the Government of Alberta through the Alberta Historical Resources Foundation. 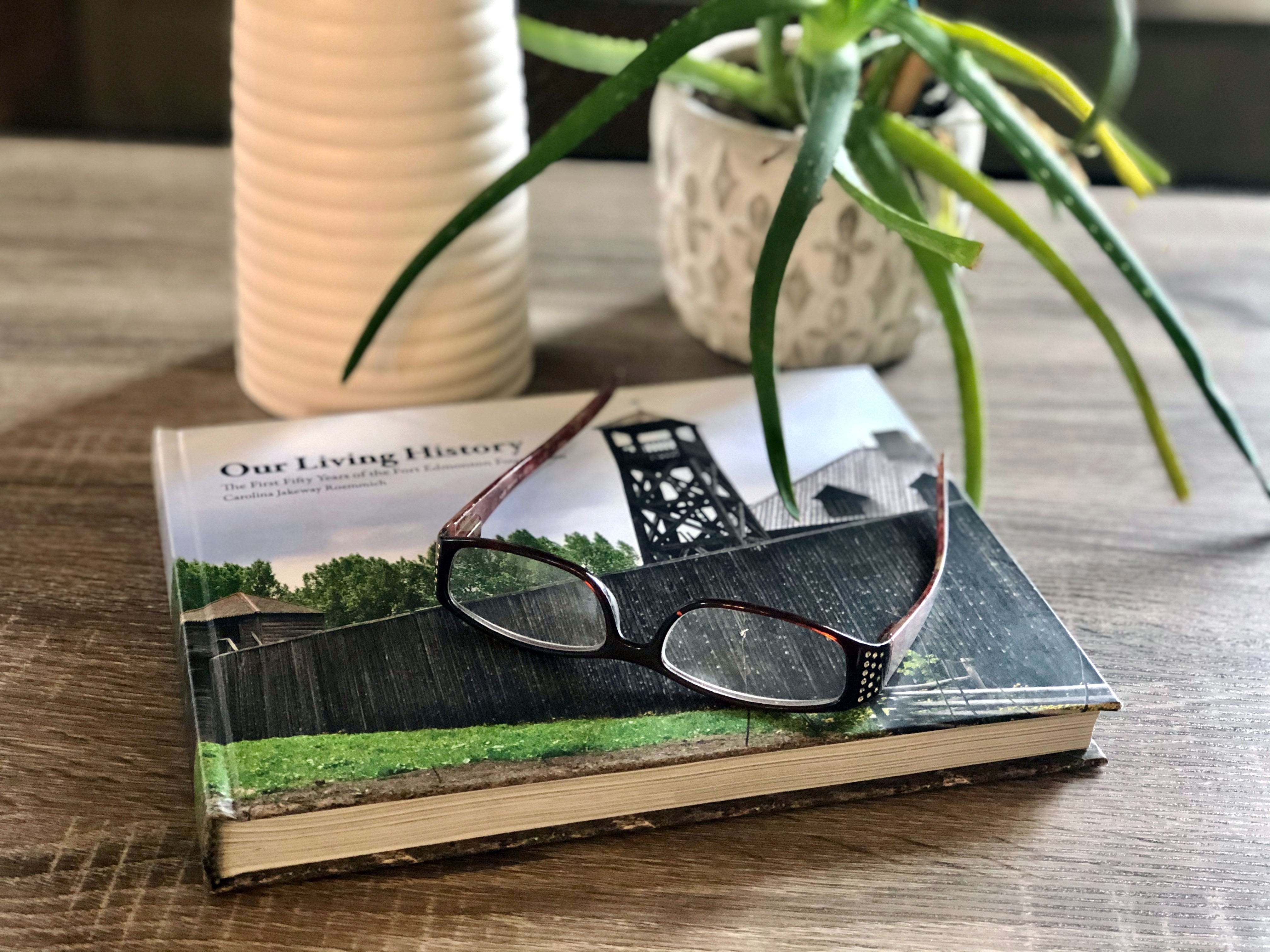