Home » What We Do » Initiatives » Samuel A. Dickson Award

The late Samuel A. Dickson championed, for over 20 years, to rally support for the restoration of Fort Edmonton.

Dickson’s passion for his vision started in 1945. 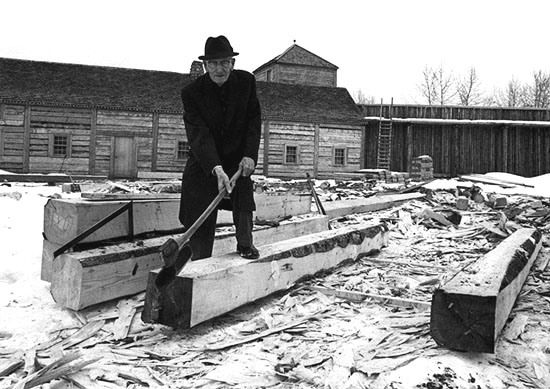 The Samuel A. Dickson Award is presented to a Fort Edmonton Foundation donor each year.

This award provides an opportunity for the Fort Edmonton Foundation to recognize and profile longstanding supporters. These donors have dedicated their hearts, time and financial gifts to the development of Fort Edmonton Park. They are ambassadors and champions–much like Mr. Dickson.

By honouring our donors with this award we help keep the legacy of Samuel A. Dickson alive. He gathered the community together as a Rotarian, member of the Northern Alberta Pioneers and Old Timers Association, and then as a member of the Edmonton Museum Committee.

It wasn’t until 1965 when Dickson was 89 years old that the discussion to develop a heritage park was brought to the City Council. In 1967 commitment was granted, in 1969 the Fort Edmonton Historical Foundation was founded, and in May of 1974, the gates to Fort Edmonton Park were opened. 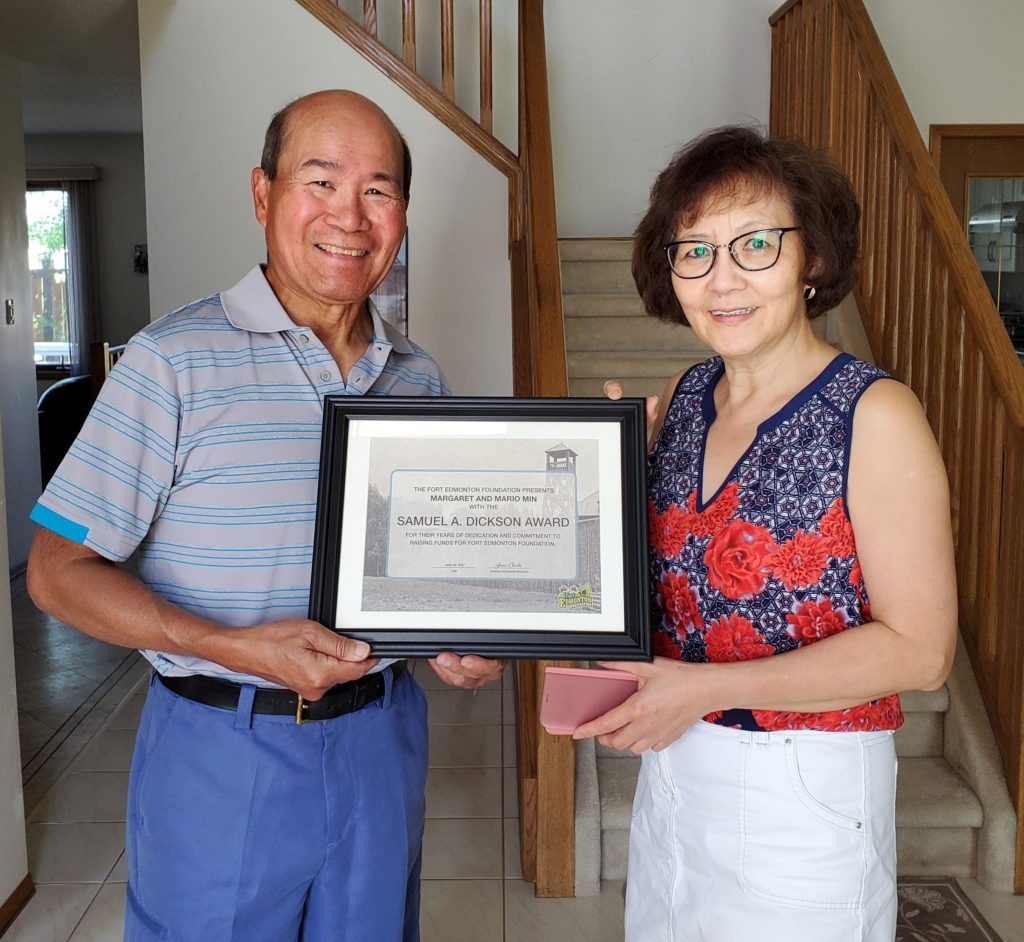 In 2021, Margaret and Mario Min were the chosen recipients of the Sam Dickson Award. Margaret started as a volunteer in the Foundation’s administration office in the fall of 2016 by supporting the work of the Executive Director and Administrator once a week. Over the first year, Margaret became more involved in the planning committee for the Fall Gala Event. She became the Chair of the event committee in 2017 – 2020. Her husband, Mario, has been an avid supporter of all her endeavors. He volunteers his time taking photos at events and supporting in any way he can help out. 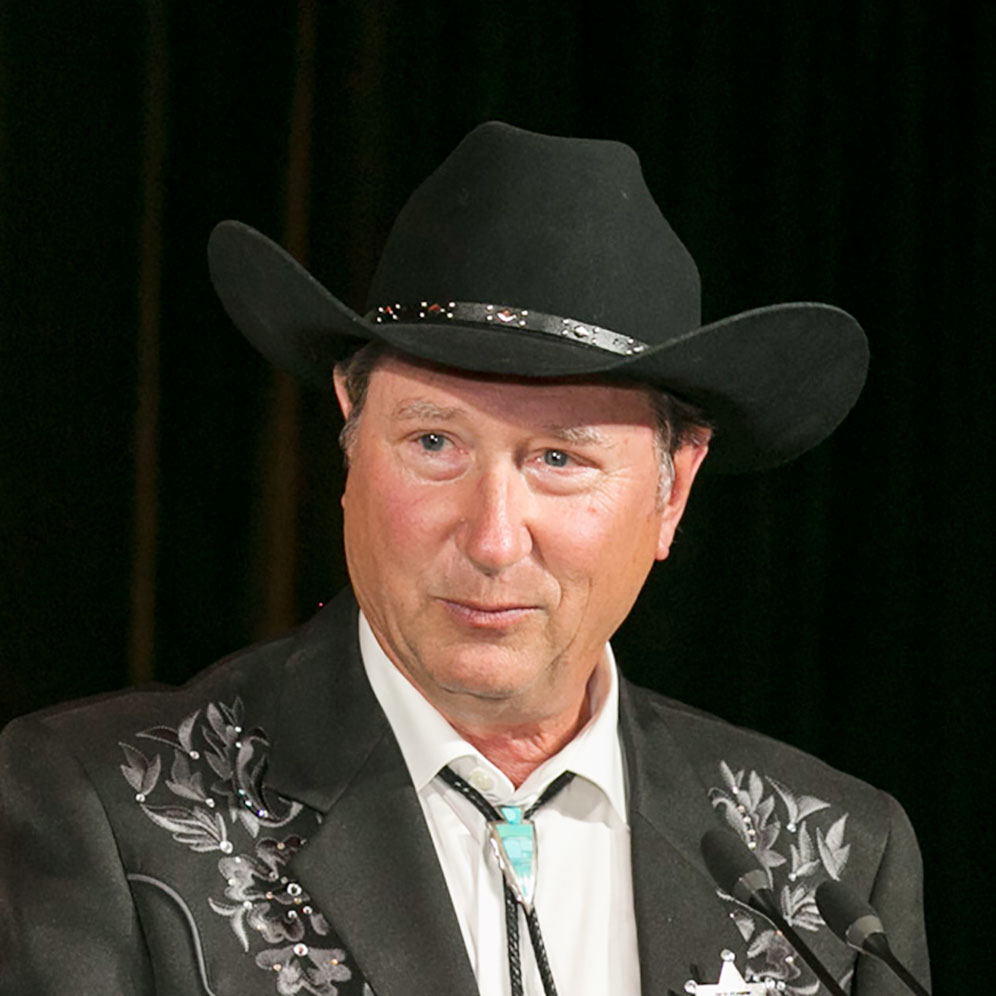 In 2020, Jeff Polovick was chosen as the Samuel A. Dickson award recipient for his years of volunteerism and dedication to supporting Fort Edmonton Park. We are pleased to recognize an outstanding member, businessman, Rotarian, and citizen of this community. With a goal of $2 Million, Jeff set out a plan to raise these funds in support of the expansion of the Hotel Selkirk. In 2013, 2017, and 2019 Jeff led a committee to create amazing events and successfully meet his fundraising goal through many generous friends. It is with our great pleasure to honor Jeff with this award given his tireless efforts, many hours of calling on friends and businesses in our community to support this park we all love.

Past Samuel A. Dickson Award Recipients